skip to main | skip to sidebar

Atherley, just before the City of Orillia. 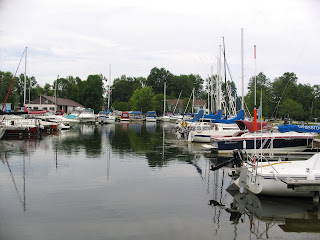 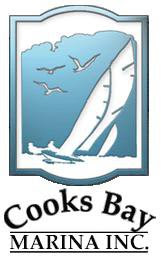 Picture Beaverton Gas Docks in front of the little green building—
Took our mast down, stored it on the cabin roof. 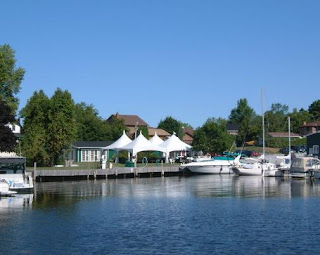 Day 2—entered the Trent Severn Waterway off Lake Simcoe—travelling upstream toward Kirkfield, a summit, where after leaving the lock, the direction of travel becomes downstream toward Peterborough. Buoys that were formerly left to starboard are now left to port. Because the route is so well marked, it would be very difficult to get mixed up as to which side to leave the buoys. 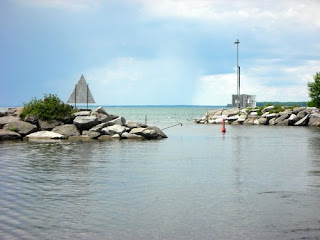 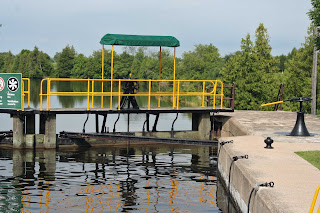 We stayed overnight at Portage, Lock #39 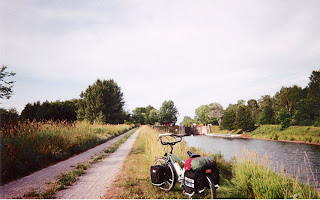 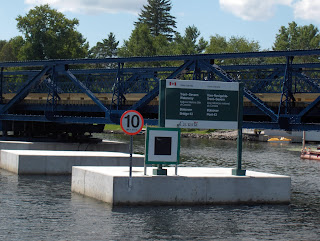 Balsover’s pic of Swing Bridge opens without having to radio the operator. Maximum speed in narrow passages is restricted to al1 at 10 Kph. Several narrow passages exist on the Trent Severn. 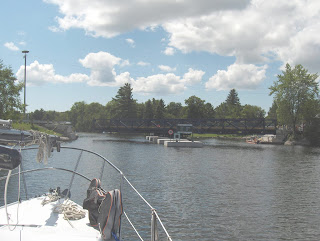 Picture of Kirkfield Lock at top where after that lock, starboard buoys change to being passed on the port side and vice versa when traversing in the opposite direction. 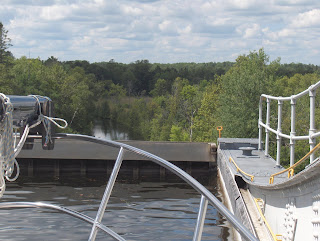 It’s difficult for a camera to capture how high the boats are lifted. Pic of boat entering the Kirkfield Lock—often there is space for six of seven boats in a lock. 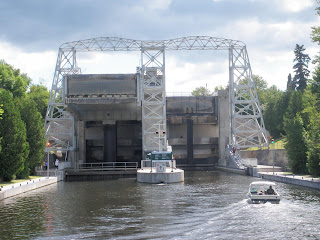 Video of the Kirkfield Lift Lock which you'll have to cut and paste into your browser window in order to view: http://www.youtube.com/watch?v=m9jMT9mm-UM

One of our bumpers came off while in the Kirkfield Lock and a student employee had to really stretch himself to retrieve it.

The Trent Severn system is quite remarkable.

Lock #35 is favoured by sailboaters, but we choose to push on to a commercial marina just before Fenelon Falls, Lock #34. We didn’t equip Scorpio with a Honda generator and refrigeration meant we should have hydro. The marina where we stayed for two nights is before Lock 34. 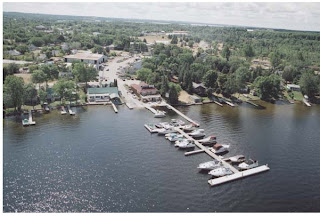 There’s a restaurant not owned by the marina. However, we preferred making our own meals and the following day called the town taxi and stocked up on groceries, vodka poppers and rum. We met a gentleman who made his own canoe. To the right of the restaurant, a family of about four or five couples, all of who had children; entertained us by watching their parents tow them in tires with their powerboat. Noise was completely absent after 9 pm or shortly thereafter. After staying two nights, and hearing weather reports that didn’t sound conducive to having a relaxing return voyage, we elected to slowly retrace our route.

Frosty was quite content to sleep in the forward vee berth and had enough toys to keep himself amused. He’s not a water dog and at no time has he wanted to swim. He’s content as long as he’s able to keep close contact with either Haydn or myself—preferably both at the same time! L0L Interestingly enough, we hadn’t come across any marinas that sold diesel. We would need our tank topping up for the trip across Lake Simcoe—as well as a pump out.

The Lakefield Lift Lock is just as interesting going downstream as it was upstream. This time our bumper didn’t break loose thankfully. Approaching the lock, it appears the world ends and boats and their crews will fall off, never to be seen again. It's deceptive enough enough to become a believer of a flat world! 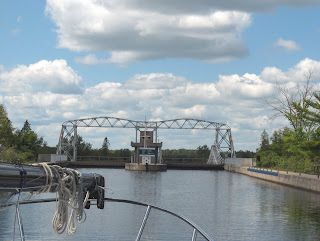 A motionless Heron caught my eye as Scorpio was traversing a narrow passage. What magnificent birds they are and totally unaffected by our presence. 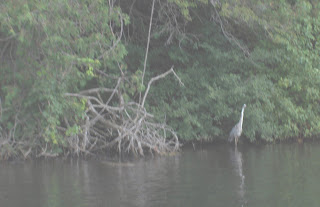 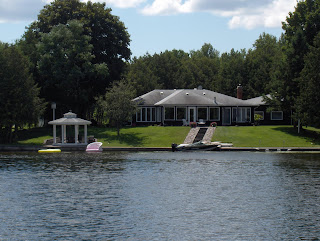 The more idyllic and virginal the setting became, the larger the cottages grew! 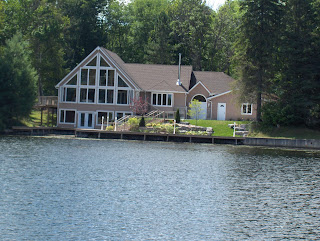 Also, fishermen pepper the seaway as seen after crossing Cameron Lake where the passageway narrows again. 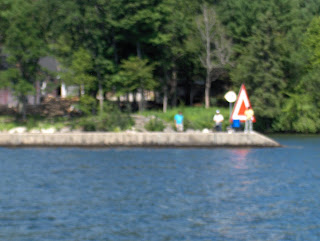 Next overnight stop: Scorpio with her rigging strapped to the cabin top, nestled among power boats at Sunset Cove Marina. 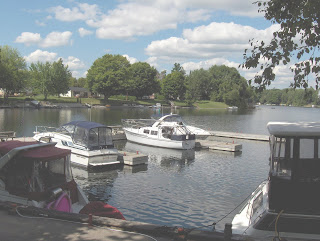 Unfortunately, the marina’s pump out wasn’t operational and there was no diesel fuel for sale at the marina. We did get a giggle from the 3-dimensional row boat and fisherperson wedged into the red roof above the gas pumps on the front of the building! 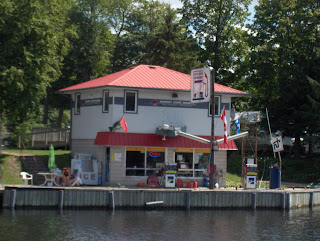 The following day we meandered into several, winding, shallow pools topped with frogs and lily pads before coming upon the last marina before the system ended ... Pic of Marina entrance that looked normal except once committed, it seemed very likely it would become a blind end with no room to turn Scorpio around! Wide became extremely narrow: 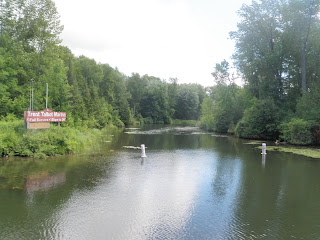 Watch video showing part of the entrance into the Trent Talbot Marina. It starts with two bleach bottles and ends with a clearing (not shown in the video), and not much room for turning around. Kinda reminiscent of scenes in Dueling Banjos ... scary place.

We didn't hang around after getting the pump out, nor were pictures obtained of the passage into that Marina. Success at getting the pump out and managing to get back to a normal route dominated our thoughts and we put aside that we hadn't again been able to obtain diesel fuel. 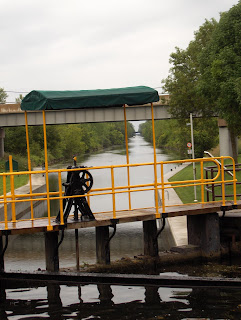 Leaving the Trent Severn behind, headed once again to Beaverton Yacht Club to re-erect Scorpio's mast. 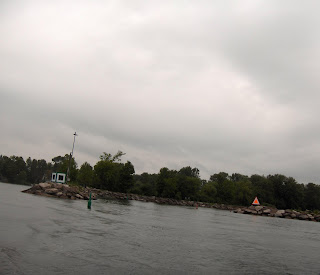 We made the Beaverton Yacht Club in time for one of the owners to drive us to a gas station outside of town to acquire a 5-gallon can of diesel fuel. Sailboats in the club buy small amounts of diesel. Power boats use regular gas. The forecast for the following day looked as though we might miss thunderstorms getting back provided we left before 8 am.

Pic of Leaving Beaverton at 8:03 am—the sky looked dark and forbidding, but the forecast looked favourable provided we could get to the turn into Cook's Bay before 3 PM when thundershowers were predicted. Lake Simcoe, similar to Lake Erie, can whip up very fast. 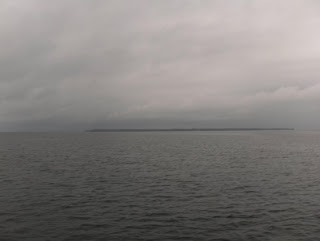 Since the holiday started, we gradually built our confidence again that Scorpio could handle inclement weather. The wind was on the nose for most of the journey with gradual easing of wind direction and force according to all reports that were mulled over before setting out.

Open water did appear as we neared the turn into Cooks Bay. And as we made the turn into the Bay, the storm clouds followed us. It was hard to see the entrance to the marina, the rain pelted down so hard. The canvas curtains and overhead roof kept us dry.

While motoring into the the Cooks Bay Marina, the rain stopped and after tying up, we had a well-deserved cup of tea.

A thoroughly enjoyable holiday that we’ll repeat in 2012 with the addition of going from Cooks Bay to Kingston and possibly moving the boat by water back to Grand Bend? 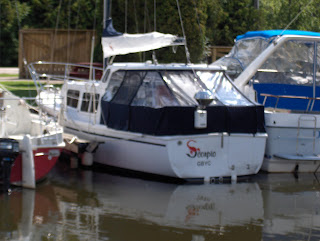 Frosty put the icing on the cake for the holiday. He captured a windshield reflection picture of himself by stepping on the camera in the car. L0L A fantastic picture that serendipity supplied. 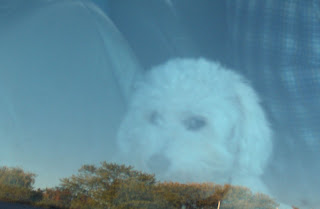